Two laser beams are sent through a water cloud, a fog. The light of these lasers is visualized and refracted by the aleatory disorder of the internal structure of this unsteady mist object.

The two laser beams are relayed via mirrors twice through the fog and then to the listening station aprox. 100 m away from the mist object. The computer controlled fog consisting of waterdrops in varying sizes, turns audible according to the idea of the photophone (Graham Bell, 1880), by means of two photocells mounted at the listening station.

The laser beams are mapping different locations inside the cloud. Due to the stereophonic overlapping situation, resulting rooms from the difference of the internal disorder of the water are opened up acoustically.

The compositon of the density of the mist is realized with an arduino board controlling a 4 channel water valve. Each channel controls the water flow in different fog nozzles and water sprinkler to produce different audible sensations. 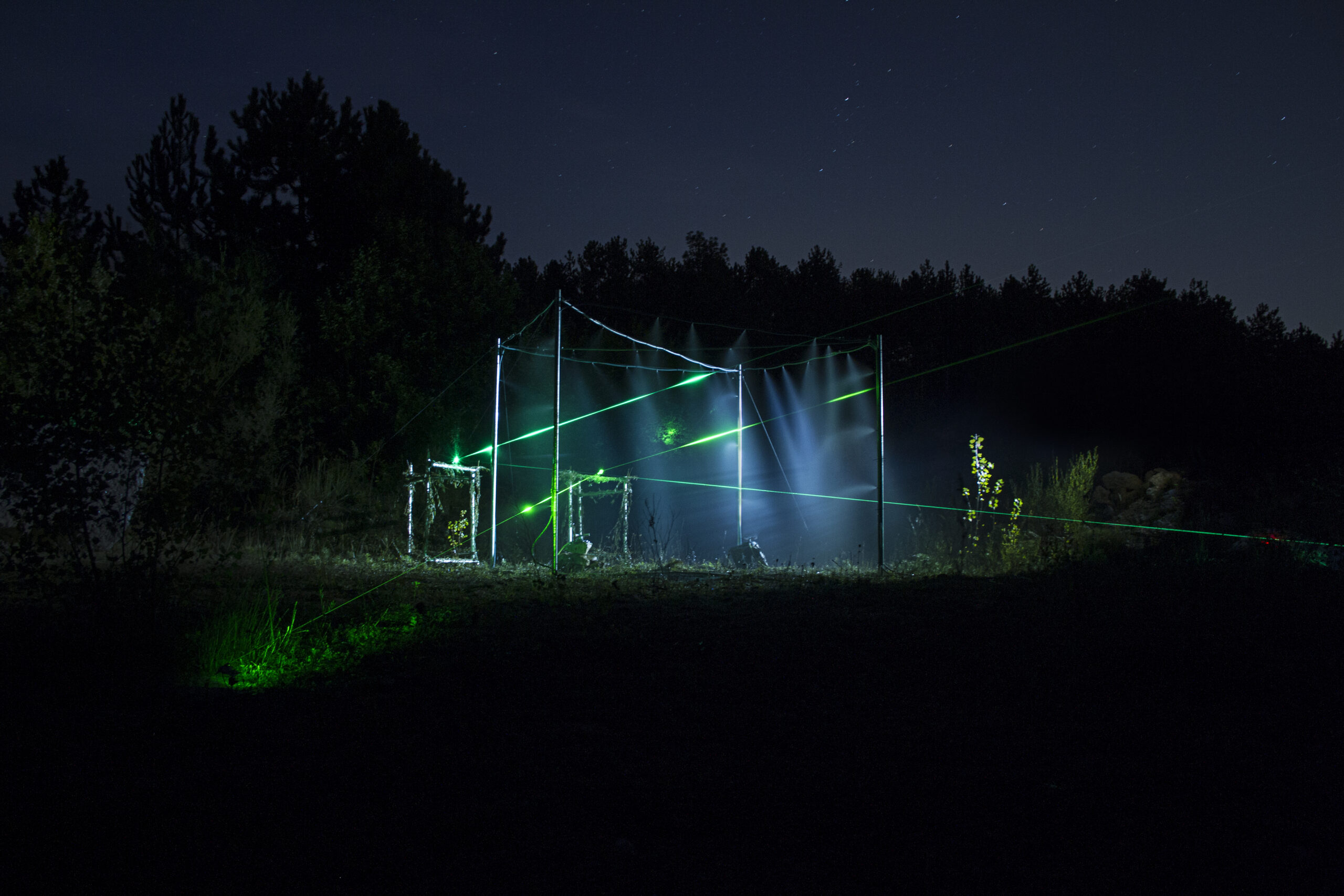 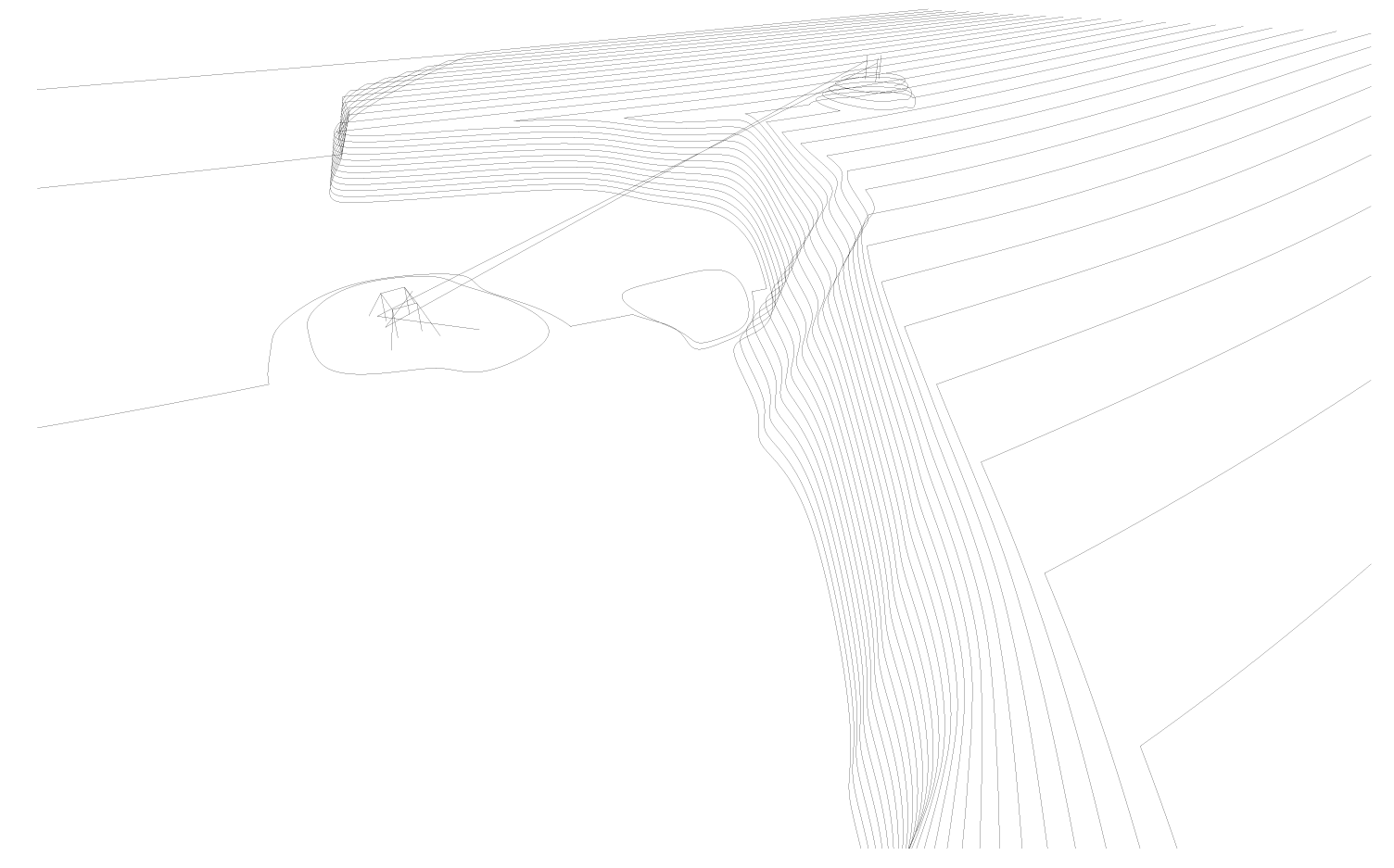 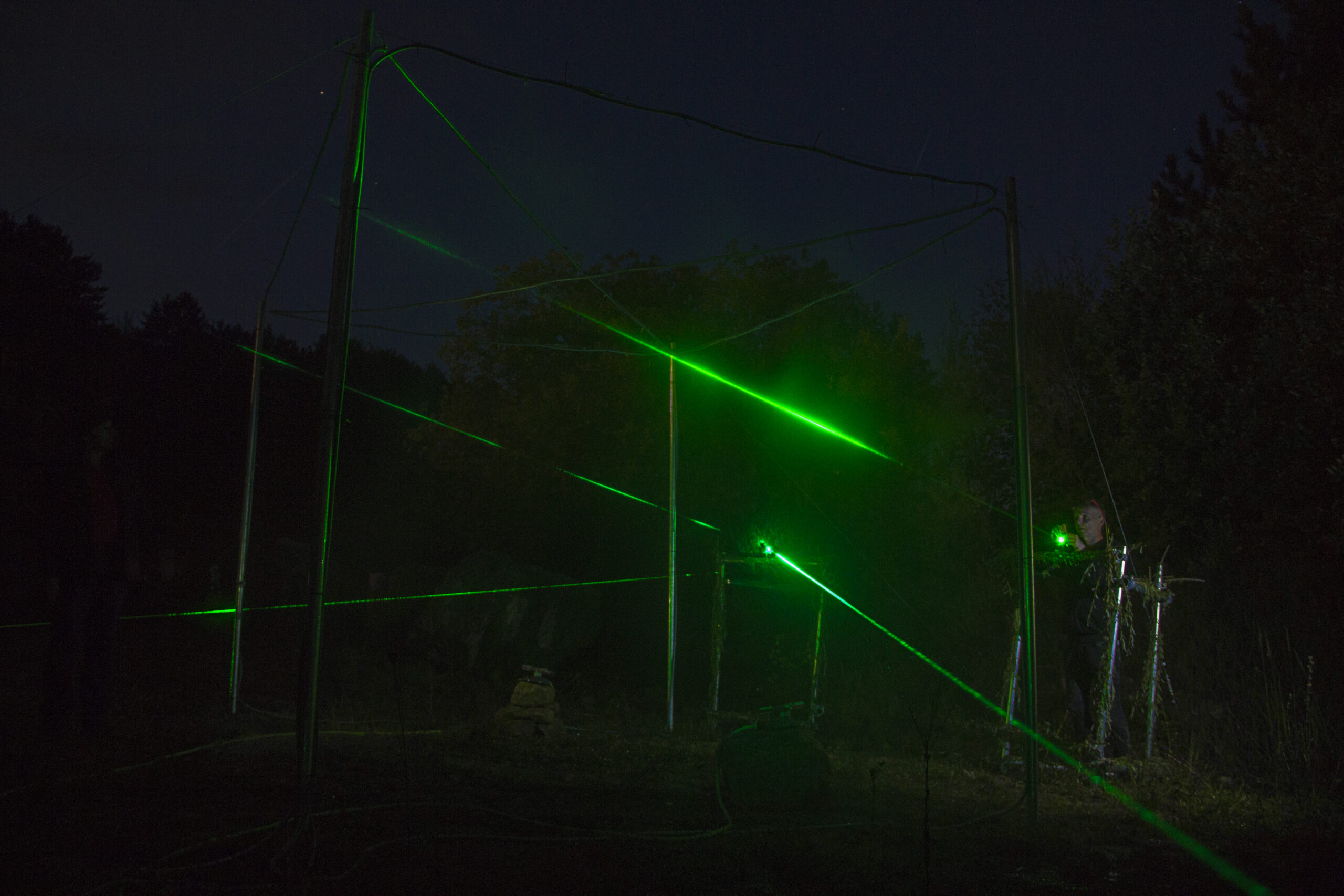 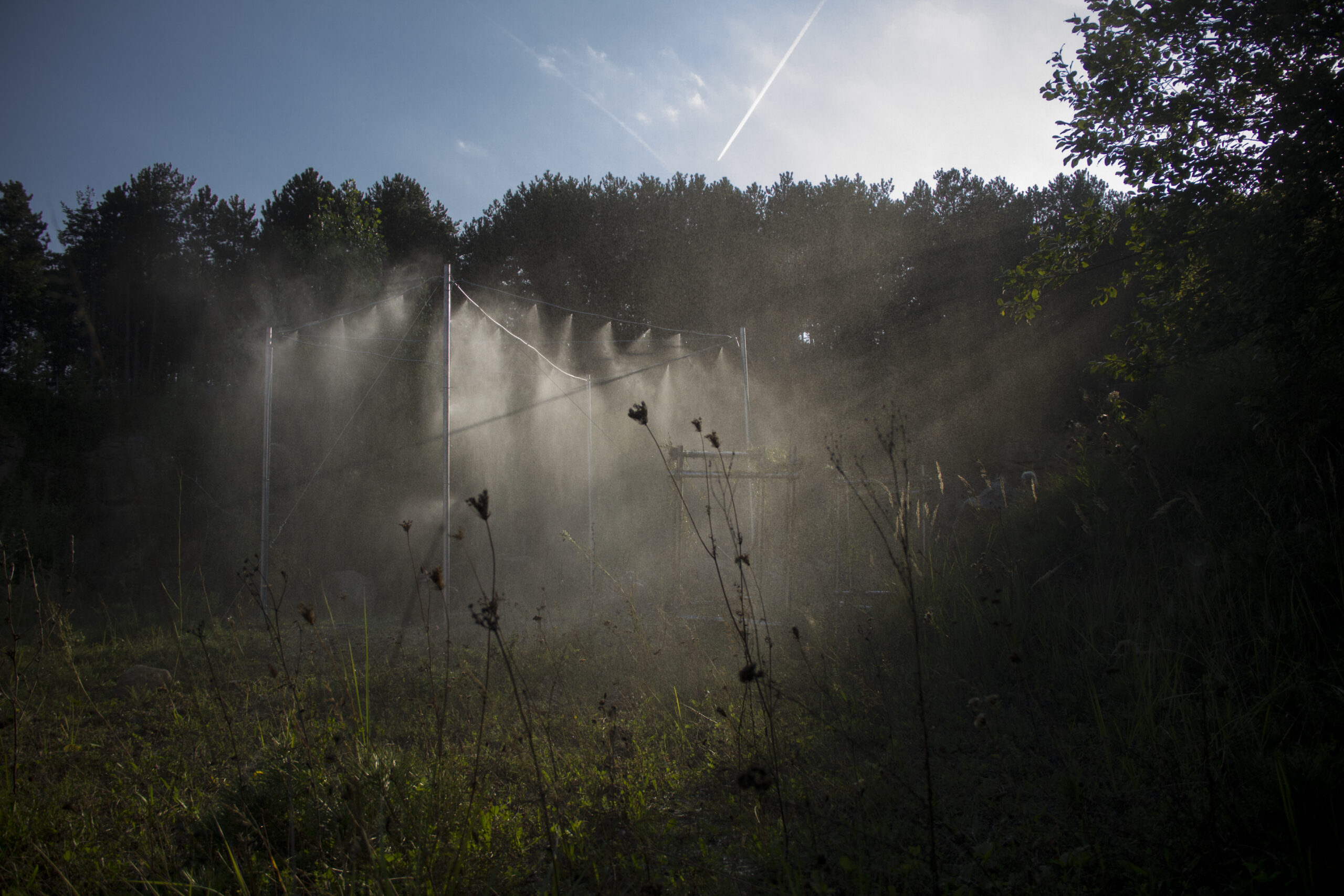